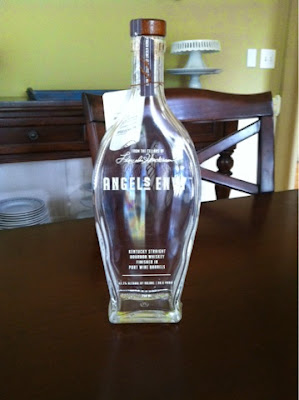 As a relatively new bourbon drinker, I felt that this was a must-try whiskey. While not necessarily hailed as an elite whiskey, still considered by many to be one of the best readily available bourbons out there. So, I grabbed a bottle and gave it a go.

One of the most vocal of the “many” was my brother-in-law, and almost immediately after my first sip, I sent him a text declaring this to be whiskey candy! I don’t mean that it’s super sweet to the point that it’s difficult to drink one glass at a time. I just mean that this is a sweeter bourbon, but with all the earthy, savory aspects of a good bourbon. It all comes together in a blend that really appealed to me.

Perhaps it’s the fact that this bourbon is finished in port barrels. This certainly added the sweet flavors of dark fruits like plum, along with that decadent but subtle wine flavor, which is a nice complement to the cinnamon and vanilla flavors inherent in the whiskey itself. In fact, it’s as though the port finish perfectly balanced the vanilla flavor, so as not to be too strong and overpowering or too sweet.

This whiskey is not too thin and not too syrupy. It does not sit heavy, though its flavor does linger, leaving one to enjoy the last sip yet hanker for the next.

From beginning to end, this bottle delivered consistency, richness and full-bodied flavor. This is the kind of bourbon I would want to have on hand at all times, a sure-fire quality bourbon that does not require any hunting.